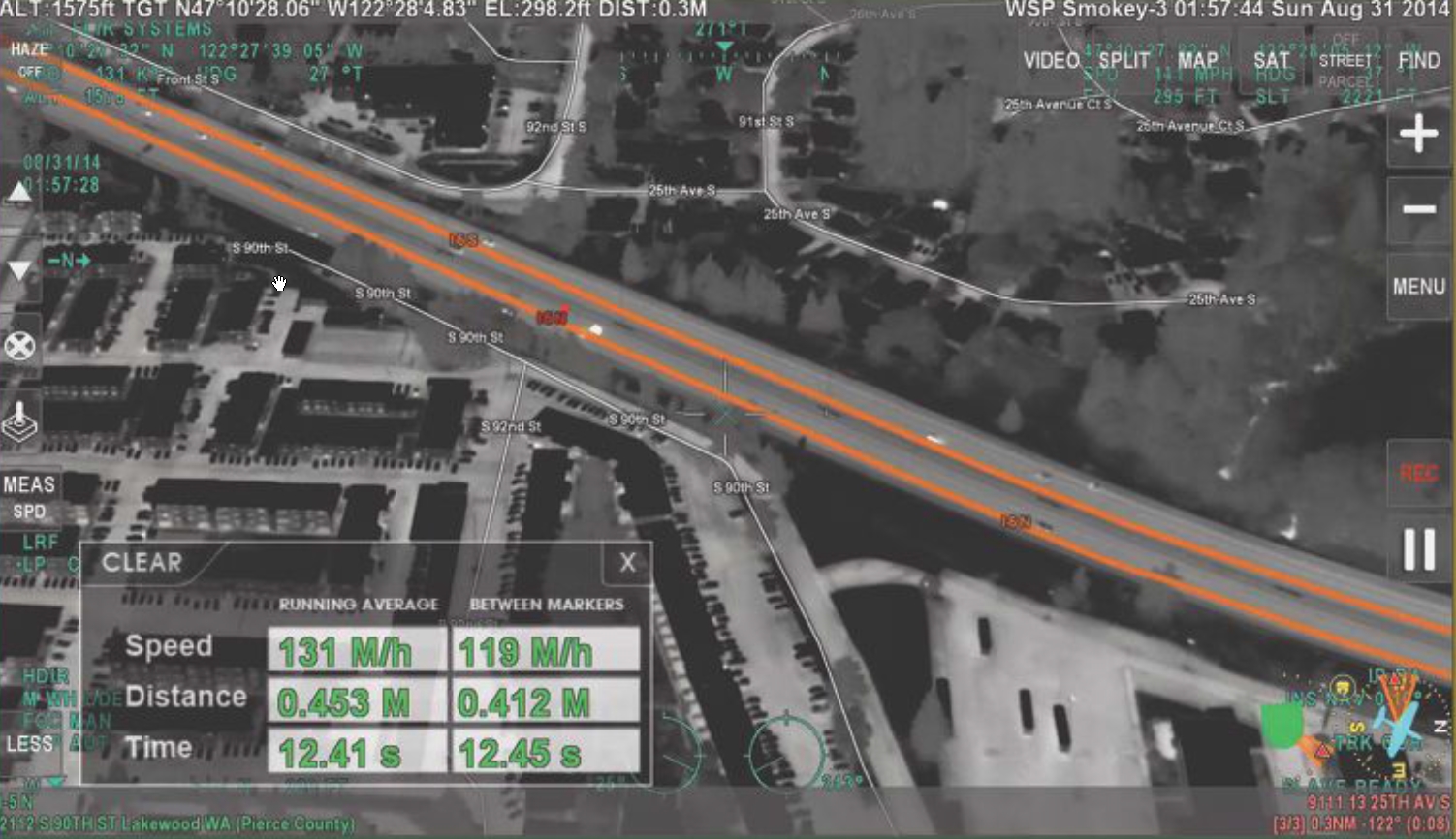 Speeders Can No Longer Deny It!

Washington State Patrol (WSP) is the first law enforcement agency in the nation to use technology in their aircraft for the purpose of speed measurement.  Their Churchill Navigation ARS system is being used for search and rescue, drug surveillance and other critical missions.  Now, WSP is also using ARS’s ability to instantly and accurately measure the speed of any vehicle during the day or night and all of the action is captured in high definition video.  The county’s prosecuting attorney says that when somebody sees themselves on video, it is very hard for them to deny what they were doing.

With a 100% compliance rate for all speed infractions, WSP is planning to expand the program to more counties in Washington.