Using a low-flying reconnaissance plane equipped with cameras once used to gather data over Iraq and Afghanistan and ARS, the world’s leading augmented reality mapping system, CoStar Group, a commercial real estate information company, is gathering about twice as much construction data as its competitors.

“Investors, lenders, developers, people that manage apartment buildings need to understand exactly how much new competitive supply is coming into each sub-market or neighborhood so they can set rents, they can determine what additional inventory they want to build,” said CoStar CEO Andy Florance, standing in a hangar in front of the small white plane. “This technology allows us to track construction activity in the United States in a way that no one has ever been able to do.”

Using features of Churchill Navigation’s Augmented Reality mapping System, or ARS, CoStar Group is using this aircraft and its technology to augment research on new apartment construction. “We can actually operate and cover the United States, 168 markets, for less than $1 million a year using this technology,” said Florance. “We typically collect twice as much under-construction activity as any of our competitors, and that can be as much as hundreds of thousands of apartment units that we know about that no one else knows about.” 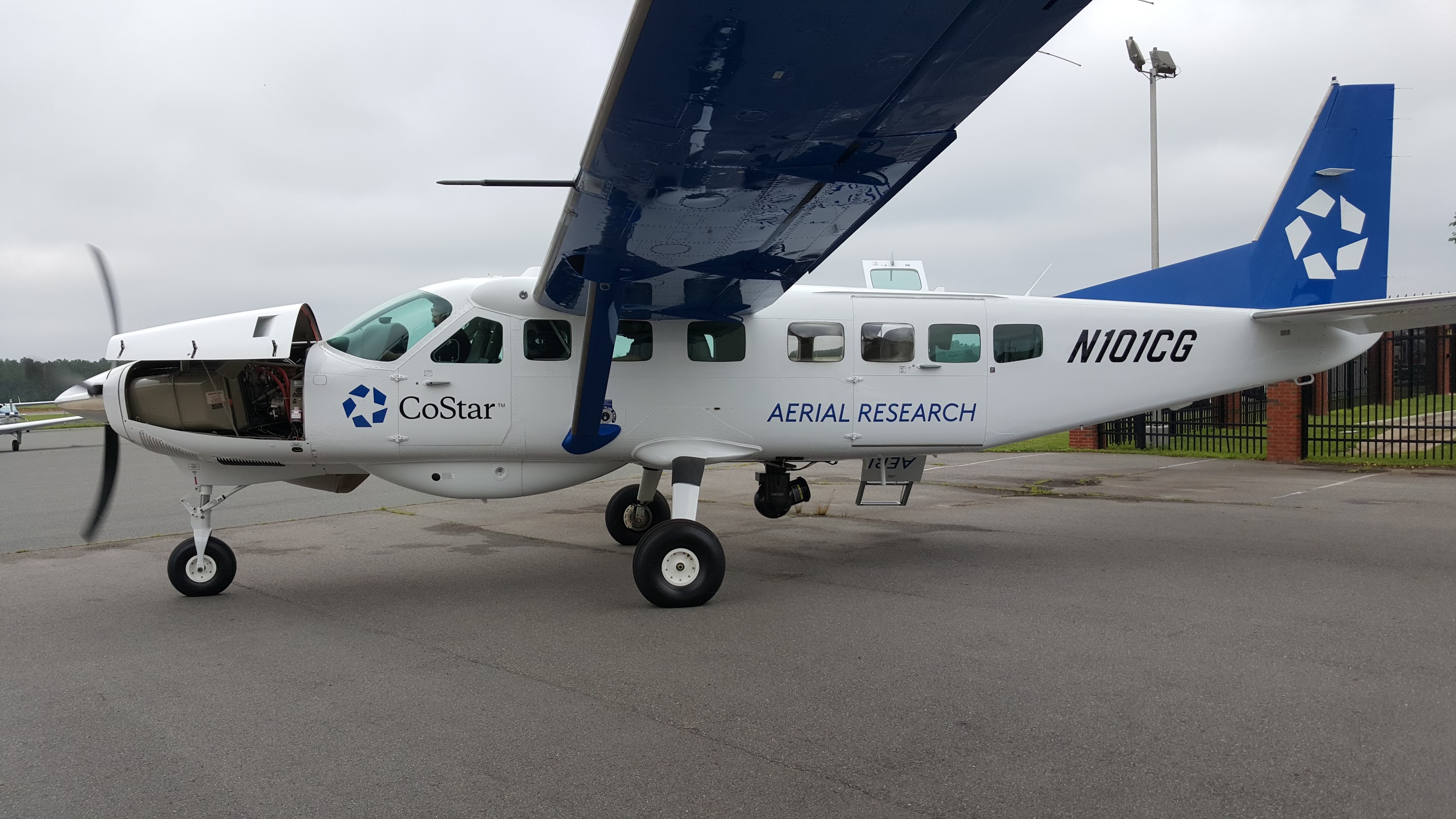 Flying in the plane over suburban Maryland, Amber Surrency, a former U.S. Marine and now aerial research photographer for CoStar, follows colored marker “dots” on the ARS display. “Over here you can kind of tell where the built-up areas are, which are some of these green dots,” she said, pushing past the dots and pulling up ground images of apartment buildings. “The green dots are telling me that this is information CoStar knows is under construction.”

Other colors tell her about properties that may not be, literally, on anyone’s radar. The information is valuable on several levels. “Often the decision-makers that are setting rents are thousands of miles away. Being able to capture really high quality information like this and provide it to our clients allows them to more effectively set their rents and be able to position against competitors remotely” said Florance.

For lenders, if they are considering loaning money to a developer to put up a building, they need to know if there are five other buildings that are going to be competing against that building. This data provide the answers.