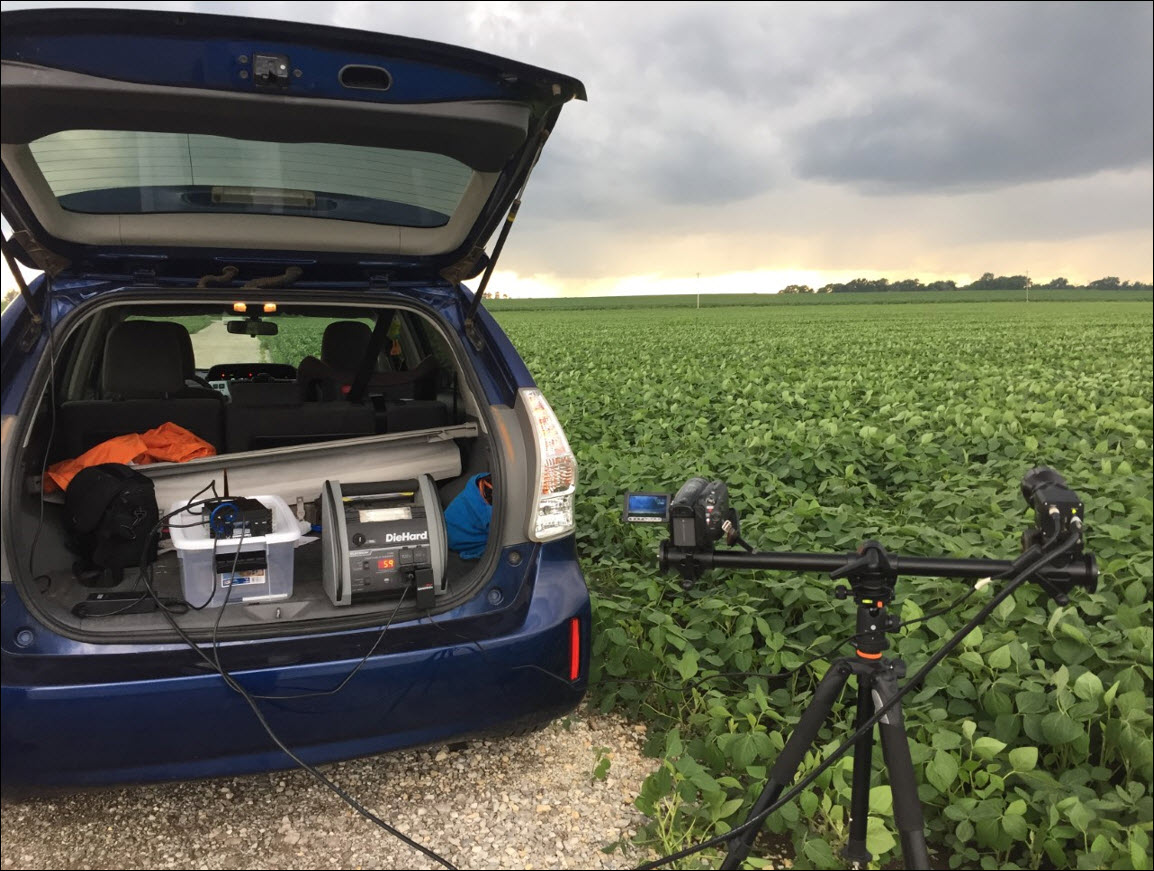 During the summer of 2016, a team of researchers at Purdue University’s Earth, Atmospheric, and Planetary Sciences Department conducted a test program to determine the practicality of using Shortwave Infrared (SWIR) imaging to improve detection of poorly-visible tornadoes in supercell thunderstorms. Knowing flexibility and functionality was a key requirement for capturing the video their research depended on, the Purdue team called on the Churchill Navigation ION digital recorder.

The ION and CameraLink adapter allowed the team to quickly connect and record video and metadata simultaneously from two different types of cameras; a SWIR camera provided by Sensors Unlimited and a visible-light camera. SWIR imagery typically has a higher dynamic range in haze and low-light conditions thanks to its use of longer wavelengths than visible light. The two cameras were mounted side-by-side and the recorded video from each was saved by the ION to USB media for easy cataloging.

Forecasts were monitored daily during the test period. When conditions favored the development of large, supercell thunderstorms, both cameras and ION were transported into the field and deployed in a safe location where video of the cloud bases could be captured. Over the course of the summer, the team managed to capture several hours of visible light and SWIR video of pre-tornadic thunderstorms. SWIR video of cloud bases was compared to video of the cloud bases captured in the visible-wavelength. The visible and SWIR videos were then edited using commercial software and synchronized in time.

A side-by-side comparison of (a) VIS and (b) SWIR images of the same thunderstorm cloud base near Lebanon, Indiana on 15 June 2016, showing the higher dynamic range and enhanced cloud texture details in the SWIR image.

The research concluded that there is a distinct possibility that SWIR video imagery can be beneficial to storm spotters. In particular it found that, “an ambiguous, non-tornadic cloud base lowering was quickly dismissed by a participant viewing the scene in SWIR, while a participant viewing the same scene in VIS light had a more difficult time determining that the feature was non-tornadic. Because SWIR light is less susceptible to scattering by intervening haze, allowing cloud base features to be more easily discerned.”