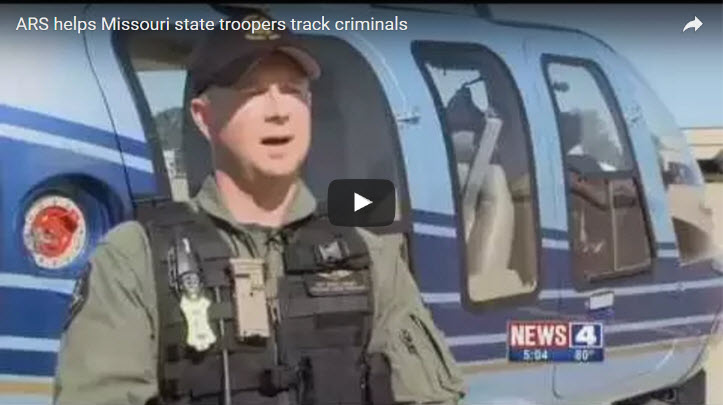 ARS overlays information such as street names, addresses, and much more over live video taken by the helicopter’s camera system. This gives troopers an immediate and accurate view of the scene below, even at thousands of feet above the ground. The flexibility of ARS is a key advantage for the Missouri State Highway Patrol. “Any time the helicopter goes up, we’ll use it — whether it be a pursuit, finding a missing child, or locating a suspect on the run,” said Missouri State Highway Patrol Sergeant David Dinges.

ARS also gives the helicopter’s crew the ability to see a vehicle’s location, direction of travel, and even the street intersections the suspect is about to cross. This lets troopers on the ground back off while the helicopter calls the chase and reduces the likelihood of a high-speed pursuit endangering the public. “We can ask the road officers to slow down and back off – not run lights or sirens – and we can follow the suspect with ARS at a safe altitude and distance where most violators don’t even realize were up here.”

According to Missouri State Highway Patrol Sergeant Al Nothum, ARS was recently used to track a couple of motorcyclists involved in a chase in St. Charles County. When the motorcyclists refused to stop, the helicopter’s crew helped guide troopers on the ground to the exact location. “Troopers went to the location, arrested the motorcyclists, and actually found a felony amount of drugs,” Nothum said. “It’s going to be a great tool for Missouri as far as law enforcement goes.”

Currently, one highway patrol helicopter is equipped with the technology and the aircraft is available for operations across the state of Missouri.